Back to all posts

A couple weeks ago we did something we've never done before: we launched a video blog where Will talks about some of the issues and challenges facing indie artists (and really all creators) within the entertainment industry. 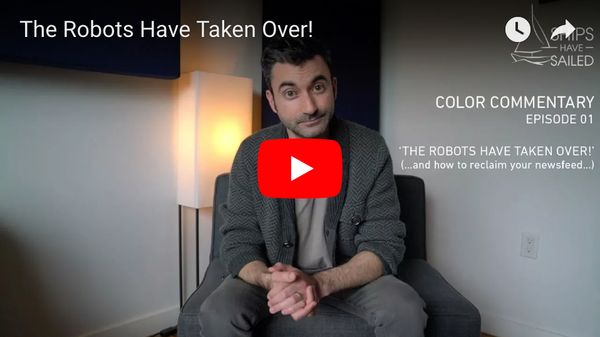 I won't say we had 'concerns' about this really, but we felt that folks might interpret it as us complaining about the state of things, which is not what we were trying to do at all.  We went out on a limb and launched the first episode anyway, and were so thrilled to find that not only did people watch the whole thing (it was over five minutes long...tackling the more-than-slightly complex world of social media and the algorithms that have come to run it) but they reacted with positivity and some very thoughtful conversation!

We're so grateful to have received such a warm reception to our first vlog, and we're very much looking forward to sharing the next one...if you haven't seen the first episode, click here to watch!